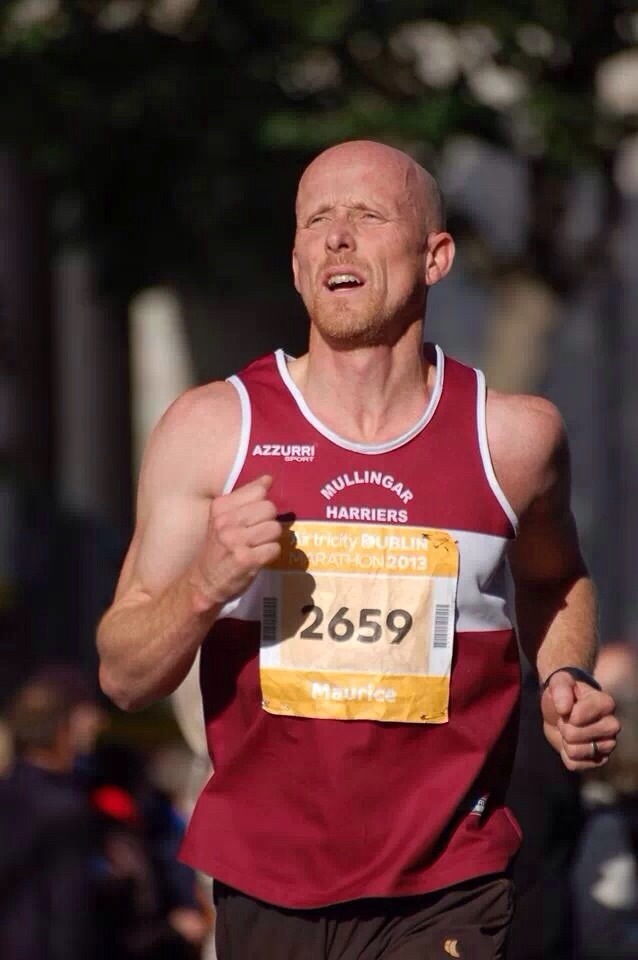 MARATHON TAPERING FOR DCM
With just under 3 weeks to go before Dublin City Marathon it’s probably time to taper. I say “probably” because opinion is divided on whether the taper should be 2 or 3 weeks. There is no definitive scientific evidence to support either. Some even advocate 10 days. The key would seem to be to rapidly reduce volume while maintaining intensity. Many advocate training only at target race pace during the taper.

Why taper? Tapering is vital for the body to recover from the high amount of stress that has been placed on it in the preceeding weeks. Research shows that levels of muscle glycogen, enzymes, antioxidants and hormones – all depleted by high mileage – return to normal levels during the taper. Muscle damage that occurs during sustained training is also repaired. The primary aim of the taper should be to minimise accumulated fatigue, rather than to achieve fitness gains. So there’s little or nothing to be gained in fitness terms from the taper – but plenty to mess up😕

The term tapering was coined by swimming coaches Forbes Carlile and Frank Cotton in 1947.
The day before the 1912 Stockholm Olympic Marathon, Christian Gitsham, the South African who finished second in that race, set out to run the complete marathon distance! Fortunately his coach caught up with him after he had run 20k and angrily brought him back to his hotel. 11 days before the 1920 Antwerp Olympic Marathon, the team of 4 U.S. runners ran the course in 2.46, a time they could barely repeat on race day – they ran 2.41, 2.44, 2.45 with their fourth athlete failing to finish.

In general, I have found that the longer the race for which you have trained AND the harder you have trained, the more tapering you should do and the less you should exercise during the last week. This is necessary to allow full recovery of the shock absorbing capacity of the trained muscles. Recovery of this function becomes important beyond the “marathon wall”. I believe that very often, highly trained runners hit the proverbial wall for precisely this reason. Everything else has been perfect – pace, hydration, training went to plan, no virus, good sleep & nutrition….but for some reason the “wall” was hit, and the goal came crashing down.

I usually taper for 4 weeks for an Ultra Marathon that I’m planning to run flat out for, and 3 weeks for a standard marathon for which I am also aiming at pb territory. However, if training has been interrupted thru injury, illness, or missing a long run or two and maybe a couple of key speed sessions for whatever reason, I will certainly cut the taper to 2 weeks. Similarly, if I don’t feel that I have trained as hard as I might have, or my run-in to the race was relatively short (say 12 weeks instead of 16) I will take advantage of the extra week and cut the taper to 2 weeks.

It’s possible that the brain must also be adequately rested to ensure that it can continue to recruit the muscles appropriately once the pain of the marathon becomes increasingly severe.
Exactly how should you taper?
My advice is this: reduce weekly mileage by around 30% for each of the last 3 weeks. For example if during your peak week (4 weeks out) you ran 60 miles, then 3 weeks out run no more than 42 miles, 2 weeks out no more than 29. However, the week of the marathon you should run maybe 3 times and just 3 – 6 miles maximum each of those days.

HOWEVER!!!! – Maintain intensity as normal for all of your sessions. The taper should only reduce distance run but not reduce speed. So instead of a (eg) 10 mile tempo that you did 3 weeks before, do a 7 mile tempo 2 weeks before and a 4 mile tempo the week before. Like wise with the mid week interval session – don’t reduce speed – just distance and/or duration.

Tapering is a time for relative rest. Don’t introduce anything new like strength & conditioning, or other sports like cycling, football, swimming unless you have been doing them all along. Now is not the time to try a new nutrition plan. I would be doubtful about a new pair of runners this close to race day but if you must – break them in very carefully!

Finally, it’s quite normal to go through a range of emotions during the taper – anxiety, excitement, anticipation, irritation. You might even feel some niggles rearing their ugly unwanted heads, but this is more than likely just the body telling you that it’s recovering – the muscle and connective tissues that have been taking a systematic hammering for the last few months are resynthesising so a few little aches and pains (and even a little tantrum) are ok. Ok?!😊 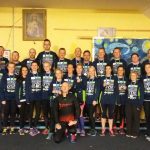 In my experience of coaching perhaps 1000’s of runners the most common injury/pain complaint I hear is shinsplints.  This is ESPECIALLY true for BEGINNERS! However, fear not! Yes this is a very common complaint, but it is very preventable and curable.

No-one should feel hungry in their efforts to lose weight. If your efforts are leaving you unsatisfied & cravings set in, I believe, you are setting yourself up to fail.  Sticking to a meal plan is going to be extremely difficult if your tummy is rumbling unless you have a willpower that goes above and beyond the average person.

It is often said that the Irish are the most generous when it comes to charity. I remember after Live Aid, Bob Geldof live on the TV news excitedly saying how "the Irish are actually beating the English in terms of donations per capita" to the famine stricken of Africa. We are an altruistic nation and it's great to see people giving to those who are not so advantaged. Many people do this in the name of sport and exercise, which is a double PLUS!!

In January 2016 Mullingar primary school teacher Jill Kiernan made a new years resolution to quit smoking and lose some weight. Little did she think that just over 3 years later she would be running the full 42km Manchester Marathon. Only competitive with herself, Jill followed a personalised Maurice Looby Fitness training plan, and ran the race in a very impressive 3.28 - on her first attempt at the distance! Here follows an endearingly honest Q&A with Jill, charting her running journey...

The 5 components of fitness